Lloyd F. Woodhouse (Norfolk, Virginia), 86, the long-time USA Shooting shotgun coach, who retired from the USA Shooting Team in 2008, passed away peacefully in his home on October 1st in Colorado Springs, Colorado. 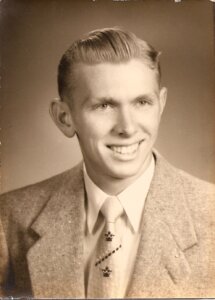 His achievements earned him recognition from the United States Olympic and Paralympic Committee, and he was named Coach of the Year in 2003; the only shooting coach in the history of USA Shooting to receive that honor. Woodhouse is also the most recent USA Shooting Hall of Fame inductee, unanimously nominated in June 2020.

Coach Woodhouse will always be remembered for his unwavering dedication to his athletes, as well as his greetings with a hug and, “hey babe” to all who had the pleasure of knowing him.

“Lloyd is, and will always be, a legend in the shooting community, and we are deeply saddened that the sport lost such a luminary. His legacy is intertwined with the track record of success our shotgun team still enjoys today,” says Matt Suggs, USA Shooting CEO. “Lloyd had immense passion and love for his athletes, many of whom went on to become World and Olympic Champions. As we fondly remember his innumerable contributions to our sport and USA Shooting, we must also thank the Woodhouse family for generously sharing his love and life with us.”
The Celebration of Life will be announced at a later date by the family who can be reached by contacting Lloyd’s daughter, Debbie at Deborah.woodhouse@gmail.com.

Lloyd Woodhouse began shooting at a young age. First hunting with a slingshot and then later a Daisy Red Ryder BB gun with his father and brother.
At 17 years old, Woodhouse followed in his family’s military footsteps. First joining the Naval Reserves for three years, and later joining the Air Force. Graduating at the top of his class with honor, Lloyd was selected to become an instructor. It was during this time, while he was traveling base to base where he met and married his wife, Bobbie in 1959.

Shooting as a member of the Air Force Shooting Team, he attended U.S. National Championships in 1971 in Phoenix, Arizona. In 1976 he accepted the head coaching position with the U.S. Air Force Skeet Team and competed in 1976 Mexico’s Benito Juarez Championships. Staying in San Antonio, Woodhouse coached and managed the USAF Trap & Skeet team for nine years, retiring from the Air Force in 1985 as a Chief Master Sergeant.

In 2003, Coach Woodhouse led the shotgun team to six gold and one silver medal at the Pan American Games, sweeping the shotgun events to secure the maximum number of 2004 Olympic quota slots and three individual world titles. That feat earned him recognition from the United States Olympic and Paralympic Committee naming him Coach of the Year in 2003; the only shooting coach in the history of the shooting team to receive that honor.